Skip to content
​​SMLXL
Hey everyone!  So you already know that we are moving from Hawaii to Korea, but we leave the island within 2 months and we still need our orders!  I know, I know…you’re going to say “that’s just typical Military life, hon” haha and while that is true, it doesn’t do anything to make a big move less stressful–especially an OCONUS (Outside Continental United States) move!  But you’re right, that is life and we do what we can in the meantime, right!? 😉
So in the meantime…
I’ve had a doctor’s checkup for my 17 month old to qualify as a EFMP Screening, a “well-woman” checkup for myself and also had to have the EFMP screening and paperwork signed-off at Tripler Army Medical Center.
I’ve never had to be screened for EFMP (Exceptional Family Member Program) before, but I assume it’s because of where we are moving to (didn’t need it for Hawaii but that is still in the US although not in the continental US).  There is more limited healthcare available to Americans abroad and the Army would need to know if they are not able to meet our needs (and potential disabilities) in Korea.  If that was the case, my daughter and I would not be approved to move to Korea with my husband.  Thankfully, that is not an issue and all of our medical records are clear and in order and the necessary paperwork signed.  Oh…still need to go to Medical Records and get a copy of my daughters and my records!  Note to self. 😉
The next thing I had to do, was to go to Waimanalo Post Office (after printing off the paperwork and getting a notary since my husband could not be there) and apply for a Tourist Passport for Ava–isn’t is crazy that a 17 month old would need a passport? 🙂  I took her passport picture at a Walgreens and brought that to the Post Office with my paperwork.  The passport cost about $105 and we had it sent to our home of record in MI so that we would have plenty of time to retrieve it before going to Korea (we are taking leave for a couple weeks to see family before the official flight to Korea!).  The tourist passport is mainly just so we can travel to other places from Korea (such as Japan) and I’ve heard it’s easier to just get it in the US where you are familiar with then to have to apply for it in Korea.
I’m still not 100% positive if Ava and I also need Government passports (I’ve gotten different answers from other military spouses and soldiers) so we will see!  That would be a 2-month wait though…ugh.
I also went ahead (since I can cancel at anytime if need be) and booked a weeks stay at a hotel in Seoul for when we arrive in July and overlapped the bookings with a potential month’s stay (yikes!) at a military lodge near my husbands next duty station.
Other than the yucky paperwork and appointments we have had to make to prepare for the move, I’ve been sorting through junk drawers and downsizing the closet wardrobes of things we don’t need and throwing out things we never use–it’s so liberating. haha
All of this while still trying to study for college CLEPs… 😛 I hope to squeeze one or two more exams out before we leave the island.
Well there you have it!  My life lately. 😉  Is anyone else making a big move this summer?  Or do you have any favorite moving/packing tips you’d like to share!  Please let me know!  I’d love to hear from you. 🙂
Well I just finished my apple fritter and coffee so I think that means it’s time to say goodbye until my next post–
Have a great Sunday everyone! 🙂 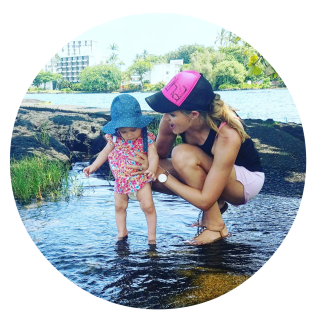